For many years health experts have recommended that infants are not fed foods containing peanuts, due to the risk of developing peanut allergy. Peanut allergy develops early in life, can be life threatening, is rarely outgrown and there is currently no cure.

Peanut allergy imposes a considerable burden, impacting on quality of life for patients and their families.

The LEAP (Learning Early About Peanut Allergy) study enrolled 640 children aged from four to 11 months from Evelina London Children’s Hospital, who were considered at high risk of developing peanut allergy due to pre-existing severe eczema and / or egg allergy.

In this randomised study, parents and carers of half of the children taking part were asked to feed peanut containg foods three times or more each week. The other half were asked to avoid providing children with foods containing peanuts until they reached the age of five. The study team followed up regularly with participants’, families and carers to make sure they were sticking to their schedules.

The study found that early introduction of peanut into the diet of high-risk infants significantly protected them against developing peanut allergy, and that avoidance could lead to peanut allergy. 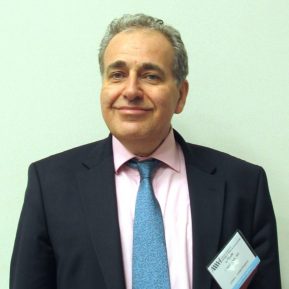 “This is an important development and changed the way we think about preventing food allergy.
Since it was published, our study has changed guidelines on dietary advice given to parents across the world.”
Professor Gideon Lack, Head of Paediatric Allergy, King’s College London and Head of Children’s Allergy Clinical Academic Group, KHP Institute of Women and Children’s Health at Evelina London.