IBD and Celiac disease are both examples of autoimmune conditions which means that a persons’ immune system mistakenly attacks the body’s healthy tissues and cells.

Autoimmune conditions affect hundreds of thousands of people in the UK and are often life-changing.

We still know very little about why autoimmunity develops. Existing treatments rarely provide a cure, and largely aim to manage the person’s symptoms and restore their immune system to a healthy level of functioning.

Researchers at King’s College London and University College London have been building on existing research and have discovered that an immune molecule named T-bet has a key role in the development of IBD and celiac disease.

They have also found that IBD often develops when this molecule behaves abnormally.

This is a crucial development in our current understanding, as it will hopefully allow us to develop treatments to target the genetic bases of these diseases directly. 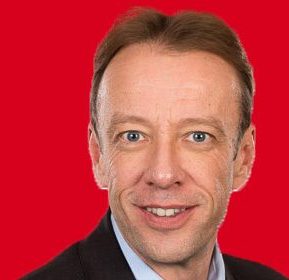 “Our research outlines a specific focus for the development of new treatments for IBD and celiac disease which have such a profound effect on sufferers. While there is still a great deal of work to be done before this work results in new treatments for patients, it is a significant breakthrough.”

Professor Graham Lord, co-senior author on the study and Director of the NIHR BRC at Guy’s and St Thomas’ and King’s College London.

This study was supported by grants awarded by the NIHR BRC at Guy’s and St Thomas’ NHS Foundation Trust and King’s College London, Wellcome Trust, the Medical Research Council (MRC) and the Biotechnology and Biological Sciences Research Council (BBSRC).