Research at Guy’s and St Thomas’ is directed by a world class team of experts, with expertise across public health, NHS research strategy development, genomics and genetics, and gene and cell therapies. Under the expert leadership of Professors Wolfe, Brown and Ali, and Dr Kate Blake, research at Guy’s and St Thomas’ and our NIHR BRC continues to thrive and leads the country and the world in improving outcomes for patients across a broad spectrum of disease area.

Charles Wolfe has been the Director of Research and Development at Guy’s and St Thomas’ NHS Foundation Trust since 2000 and is the Professor of Public Health at King’s College London. Charles is currently Head of School for the School of Population Health & Environmental Sciences within King’s College London and is also the King’s Health Partners Lead for Public Health In 2018 he was awarded an OBE in the Queen’s Birthday Honours list for services to Stroke and Public Health.

Charles trained in Public Health at St Thomas’ Hospital, London, becoming an Honorary Consultant in 1992 and was awarded a personal Chair at King’s College London in 2002.

Professor Wolfe’s research aims to improve treatment for stroke through epidemiological and health services research questions in stroke including estimating acute and longer term needs, the risk of stroke and chronic disease register methodology; and early supported discharge, secondary prevention, carer support and qualitative studies. Professor Wolfe established a community based South London Stroke Register (SLSR) in 1988 that has contributed to our understanding of stroke in this community.

He is a member of the Health Services Research Network Board and was appointed as an NIHR Senior Investigator in 2008, now emeritus.

Kate Blake has been the Director of Research & Development Strategy at Guy’s & St Thomas’ since 2012 was the Trust’s first R&D manager in 2000 and previously Research manager at both MRC Head Office and The GSTT Charity and holds a PhD in Biochemistry from St George’s Hospital, University of London (1994) with her first degree in Biochemistry from the University of Manchester in 1990.

Dr Blake has been instrumental in developing the Guy’s & St Thomas’ research infrastructure and research strategy relating to NIHR, since its inception in 2006. She played a key role in the award of an NIHR Biomedical Research Centre to the Trust in partnership with King’s College London in 2007 and the renewals in 2012 and 2017 and is a key part of the leadership team for the new 2021 NIHR BRC competition.  Kate also leads the applications for the NIHR CRF awards in 2012 and 2017.  Kate was responsible for the Trust being awarded the contract to host the South London NIHR Clinical Research Network in 2008, which was renewed in 2013 and is the Host Representative within the LCRN governance arrangements

Dr Blake led the Trust’s involvement in securing the DHSC contract for the NIHR’s Clinical Research Network’s Coordinating Centre, in collaboration with the University of Leeds in 2014. Dr Blake, in partnership with Professor Charles Wolfe was a member of the first cohort of the NIHR / Ashridge Leadership Development Programme for R&D Directors/Managers which was established in 2012.

Dr Blake was a member of the UKRD (UK Research & Development) Leadership Community Task Force and is now part of the UKRD Leadership Team and co-leads the initiative to establish Peer Development Groups for its members.

Professor Matt Brown is an internationally renowned clinician-scientist and the Director of the NIHR Guy’s and St Thomas’ Biomedical Research Centre (BRC). He is Professor of Medicine within the Faculty of Life Sciences and Medicine at King’s College London. Directly prior to taking the leadership role of Director within our NIHR BRC in 2019, Professor Brown was the Director of Genomics and Distinguished Professor at the Queensland University of Technology.

Professor Brown trained as a clinician-scientist and a rheumatologist, including a period of post-graduate study at the University of Oxford. He has made contributions to the development of gene-mapping approaches in human diseases and genome-wide association study methodology, leading to the discovery of thousands of genetic variants, with a particular interest in ankylosing spondylitis, rheumatoid arthritis and osteoporosis.

In the genetics of rare human diseases, he has identified genes responsible for monogenic forms of arthritis, ectopic bone development, and skeletal dysplasias. He has also led efforts in Australia to translate research sequencing capability into precision medicine programs for cancer patients.

Professor Robin Ali is a Professor of Human Molecular Genetics within the School of Basic and Medical Biosciences at King’s College London and leads the new King’s Centre for Cell and Gene Therapy. Robin is the Deputy Director of the NIHR Guy’s and St Thomas’ BRC and Director of the BRC’s Advanced Therapies Accelerator. Professor Ali has a record of world class translational research in the field of novel gene and cell therapies for retinal disorders.

Professor Ali leads King’s Health Partners in advanced therapies, working to strengthen and enhance this area of translational research to deliver a pipeline of gene and cell therapies from pre-clinical proof of concept to first-in-human studies and commercial development. 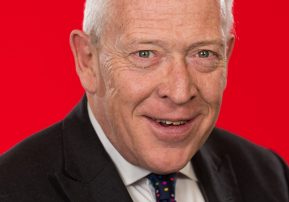 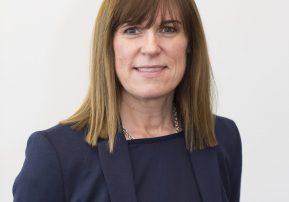 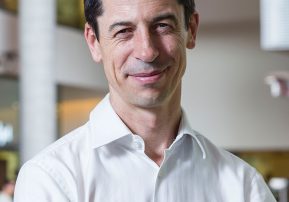 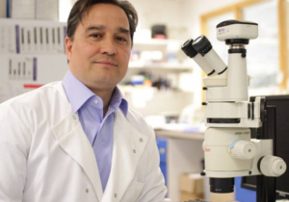