Dancing bubbles, talk shows and radio programming:  A wrap up of our first I ♥ Research Academy conference 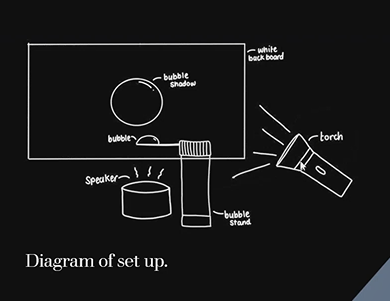 On Wednesday 6 April we welcomed students back for part two of our new I ♥ Research Academy to present work in our very first young people’s conference.

The students that completed online workshops during February Half Term were split into 10 groups. Each group worked with a mentor from across King’s Health Partners on a project over six weeks. The projects ranged from creating public resources to contributing to the designs for Evelina London Children’s Hospital.

Students came together to share their work in a conference. A panel scored their presentations on creativity, clarity, organisation and team work. The students did not disappoint! We were incredibly impressed at the work the students had put in, their creative presentations and their ability to explain complex subjects. 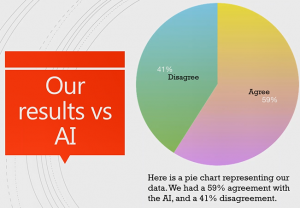 Group 1 worked with Dr Andreia Pinto from Royal Brompton and Harefield hospitals. They learned how she uses AI to analyse images of hair-like cells in the windpipe, to detect any irregularities. The students classified images to distinguish between healthy and unhealthy cells, then compared their results to AI. They learnt that humans and computers don’t always agree! 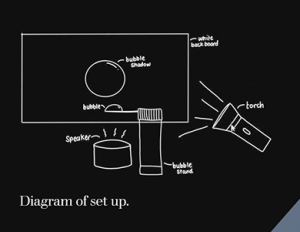 Dr Antonis Pouliopoulos from the Department of Surgical & Interventional Engineering at King’s College London gave Group 2 an experiment to complete at home. The set up reflected his research on medical uses for bubbles Students observed how different sounds influenced bubbles. They presented videos of their experiments and graphs to explain how long it took for bubbles to pop at different frequencies.

Group 3 was led by Alexander Kerr from our Advanced Therapies team. They investigated what cell and gene therapies are. Each student researched a different clinical trial and created patient information sheets which they presented to their peers at the conference.

Group 4 worked with Clare Saunders, Mary Abkir and Sophie Pinnell from Royal Brompton and Harefield hospitals, exploring designing and delivering a clinical trial. They learnt about cystic fibrosis as the team currently manage lung function tests for clinical trials in this area. The students did a fun question and answer role play during their presentation, which showed the importance of trials and how they are conducted safely and ethically.

Our bioinformatitian Dr Flavia Flaviani led Group 5 for a project about how coding is used in the NHS. The students used computer coding to analyse health data. They presented different data visualisation methods and explained the advantages of each. The group preferred the bar chart style, as it was easiest to interpret, and reflected on the challenges of writing computer code.

PhD student Harry Bowles from the Department of Infectious Diseases at King’s worked with Group 6 on a poster to increase understanding of the ethics of clinical trials and placebo groups in drug development. Each student researched a different area of Amyotrophic Lateral Sclerosis, including talking to patients and doctors about what to include. Their poster will provide information to patients taking part in clinical trials.

Group 7 was mentored by the team from the Stem Cell Hotel at the King’s Centre for Gene Therapy and Regenerative Medicine. Over the six weeks students were introduced to the steps involved in testing drugs on cells grown in the lab. They analysed cell data and determined which potential COVID-19 ‘drug’ the cells responded best to. The group recorded a video describing their results in a talkshow style format – The Cell-en Degeneres show. Their enthusiasm was very clear and the panel scored them as the winning team! 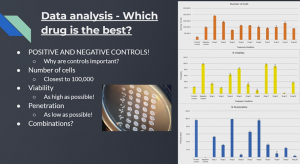 The public engagement team at Twins UK worked with Group 8 on a project about the importance of communicating science with the public. The students presented what they had learnt through a radio interview. They also got the opportunity to write a news story on the Twins UK blog. One student wrote about a link between gut bacteria and blood pressure, while another wrote about the effect of a vegetarian diet on the immune system.

Group 9 took part in another coding project with Roman Laddach, a PhD student from St John’s Institute of Dermatology. They investigated B-Cells in the blood as a model to investigate cancer tumour microenvironment. They looked at data to recognise the types of cells in the blood from genetic information. The students identified different types of B Cells and the antibodies they produce, which can later be applied to understand and treat cancer. 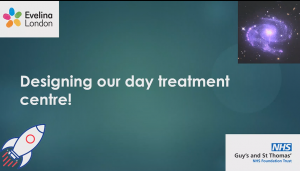 Group 10 worked with the Evelina London public engagement team to help design the new children’s day treatment centre. Academy student Zoya cleverly used a Slido poll to gather feedback from Academy students to incorporate into the plans, with questions like “What do you think of when you want to feel brave, safe and calm?”

We want to thank all the mentors that took the time to guide students through the process, and to Guy’s & St Thomas’ Charity and King’s Health Partners for funding the Academy.