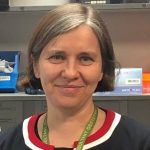 NIHR Senior Investigators are among the most prominent and prestigious researchers funded by the NIHR and the most outstanding leaders of patient and people-based research within the NIHR research community.

Senior Investigators are leaders in research and are fundamental to expanding scientific avenues to address public health challenges across the country.

NIHR Senior Investigator status is awarded to researchers who have made a substantial contribution to the NIHR through research excellence and leadership.

We spoke to Professor Chappell about her recently appointment and what it means to her. Professor Chappell said: “I have been an NIHR Research Professor for five and a half years, so it’s an honour to now be recognised as part of such an amazing group of Senior Investigators.

“Being an NIHR researcher is such a unique opportunity. To be able to work alongside other researchers has helped us all achieve more than we could as individuals.”

Professor Chappell added: “As Senior Investigators we are able to step up to the leadership roles within the NIHR. Personally, I have found chairing the NIHR Health Technology Assessment trials committee and the Artificial Intelligence in Multiple Long-Term Conditions committee to be really rewarding roles.”

Speaking about the role the Senior Investigators have as NIHR ambassadors Prof Chappell said: “It’s important to fly the flag for the NIHR and research. We need to get the message out to colleagues, patients and the public about the vital part the NIHR plays in funding and enabling research across health and social care.”

“And it’s not just about researchers, it is about inspiring everyone across health and social care. I’ve started to notice a change and there is beginning to be a recognition that research is everyone’s business”.