My path in research – unusual paths into research

During October, we are posting a series of blogs about careers in research as part of the NIHR’s Your Path in Research campaign.

Some people have a very clear and linear career path in research. However, several others have taken a more unusual route. For the third post in this series, we spoke to some of our staff about their career paths and how they came to be in their current post.

Dr Flavia Flaviani, a Senior Bioinformatician in our Translational Bioinformatics Platform, started her research career in biology, and has taken a career route that moves between biology and health research. 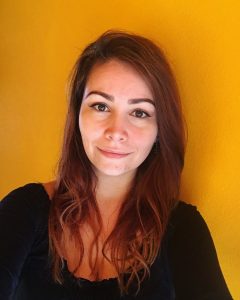 “At school I never knew what I wanted to do – I liked art, literature and science. Eventually I did a degree in bioecology and then a marine biology masters. The way I got into health research was through a public health internship, which led on to a one year Masters in bioinformatics working on virus genes in algae. I then did a PhD focused on bioinformatics exploring viruses and bacteria from water samples, including some giant viruses shown here in some pictures.

“Now here at Guy’s and St Thomas’, I work supporting researchers with my bioinformatics expertise. I enjoy my work because even though I don’t meet patients, I know my work does affect their care so it is useful and has a meaning.”

Her advice for people thinking of moving into medical research is not to be put off if they don’t have a medical background already as that could be a strength.

“As medicine is not my field, I suppose I listen more and maybe see a different angle to people who have a background in medicine. We know that the more diverse a research team is, the better, as you don’t get stuck in one view of how to do things. 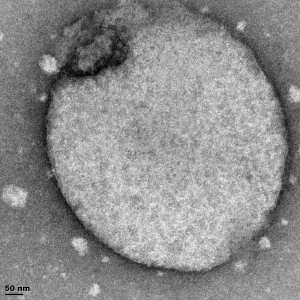 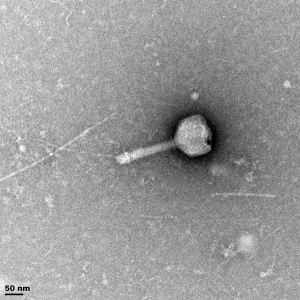 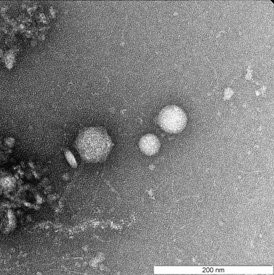 “Don’t be scared to try medical research – you could bring something unique, perhaps inventiveness or techniques and ideas from other fields.” 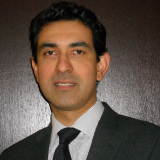 Professor Bijan Modarai qualified in medicine in 1998 and, in the early years of training as a surgeon,  was encouraged by a senior member of the team he worked in to speak to the Professor of Vascular Surgery and Head of Vascular Research at the time about opportunities. Prior to that he had not considered a career in academia.

“I then completed my Higher Surgical Training and was appointed NIHR Academic Clinical Lecturer at King’s College London. I was among the first tranche of surgical trainees able to pursue formal clinical academic training via this route. This allowed me to not only further my own career but to also support a junior colleague in their research.

“The most satisfying part of my role is the promise to make novel advances and find solutions to devastating problems, such as developing cells capable of growing new blood vessels and injecting these cells into a patient’s leg to restore blood supply and avoid amputation.

“Research allows me to be part of a wider team, to learn from and to influence other disciplines both nationally and internationally.

“It’s vitally important that doctors carry out research as part of their role as they are well placed to  assess clinical applicability of research endeavours and to facilitate rapid clinical translation – i.e. taking research from the bench to patients’ bedside.” 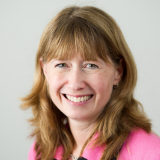 “My interest in research started almost with a single patient, a young man with lymphoma, a type of lymphatic cancer who came to hospital with abdominal pain. Most patients in this position would have had a CT scan, a course of treatment for four to six months and then another CT at the end to see if it had worked. So it’s a long time with no sense of how treatment is working.

“For this patient, we offered him a PET scan which involves injection of a sugar tracer (FDG) that is taken up by cancer before he began his treatment. This scan clearly showed abnormalities in the bowel, bowel cavity and bone marrow which hadn’t been picked up on CT. Seven days after his treatment, offered him another PET scan and we found that he had a dramatic response to the treatment.

“Using PET technology in this way gave us the idea that we might be able to modify treatments for patients like this, reducing treatment for patients who were responding well and increasing or changing treatment for those who were not. This work placed me in the right place at the right time to take part in this type of research and led to earn my first official research appointment, which was my NIHR research professorship.

“I now work as part of a diverse multidisciplinary team which allows me to distil the best ideas and use my expertise, whilst drawing on the specific expertise of others. I also have lots of international collaborators. We work on big questions so we need lots of patients to help us answer them and we can only do that by working on an international scale. If I was to continue on a purely clinical pathway, I can influence the small number of patients I look after. However, working in research gives me the opportunity to help so many more people.”

“When the COVID-19 pandemic broke out, all trials were stopped and the people who make the new tracers we want to test were unable to come into our labs. However, this gave us the time and opportunity to concentrate on data analysis and to develop our remote reporting and discussion tools. This allows us to share scan results and reports in 24-72 hours and this can all be done seamlessly from home.

“I would also say, recognise that you may not need to follow a conventional academic pathway to do worthwhile research”