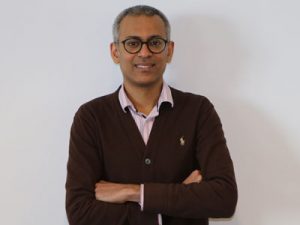 A doctor at Guy’s and St Thomas’, working with colleagues at the Intensive Care National Audit & Research Centre (ICNARC), has developed a tool to predict the risk of readmission to hospital or death in the first year after leaving hospital for adult survivors of sepsis.

The tool, available online, is the first of its kind and was developed and validated using anonymised data from around 120,000 sepsis patients from the ICNARC national database for critical care units across England.

Sepsis is a serious complication of infection. It occurs when the body’s immune system goes into overdrive in response to an infection and can lead to multiple organ failure and death. In 2017, there were an estimated 48.9 million new diagnoses of sepsis worldwide.

The work to develop the tool was led by Dr Manu Shankar-Hari, a consultant in intensive care medicine at Guy’s and St Thomas’ Reader in Intensive Care Medicine at King’s College London and NIHR Clinician Scientist. He said: “It is well recognised that some people who survive sepsis are at an increased risk of unplanned rehospitalisation and of death in the first year after they leave hospital.

“We provide a simple and free online tool for use. Our vision is that by providing health care professionals and sepsis survivors a simple ‘score’ to explicitly understand risk, it may help improve follow-up care of sepsis survivors. The score could inform how to develop clinical pathways and support sepsis survivors’ choices around their ongoing care.

“Looking ahead, we hope that this online tool will help to reduce unplanned rehospitalisation and death after surviving sepsis by informing clinical trials, through better stratification of risk and evidence-based care of sepsis survivors.”

The tool was developed using data from 94,748 patients. The team determined eight factors which affected risk for sepsis survivors: previous hospitalisations in the preceding year, age, socioeconomic status, pre-existing dependency (refers to how much support was required prior to hospitalisation for activities of daily living such as washing and dressing), numbers of pre-existing conditions, admission type, site of infection and admission blood haemoglobin level. Using these, they developed a statistical model that could give an overall risk score for rehospitalisation or death in the first year after leaving hospital.

The tool was then tested in a second group of 24,669 patients. The team found that the calculations were valid in this separate group.

The online tool has been reviewed and endorsed by the Intensive Care Society. This research was funded by an NIHR Clinician Scientist grant to Dr Manu Shankar-Hari and supported by ICNARC.