On 8 November, we held a symposium to showcase the work of our 18 Bright Sparks grant funding recipients. These grants were awarded to early career researchers in 2017, to help develop new and innovative ideas that showed potential to advance precision medicine and improve treatment for patients. Christine Jones, who helped to organise the symposium along with her colleague Kathryn Steel, shares her reflections on the day with us.

A Bright Sparks grant enabled me to pursue a project that I had had in mind for a while but that never quite fitted within the remit of my main role. As we came towards the end of the funded period the cluster board suggested that we hold a symposium to showcase the results of all the projects funded and to allow the awardees to network and compare notes. Given how much our work benefitted from the award, Kathryn and I volunteered to help with the organisation, which led to the traffic through my email inbox increasing massively over the next few months! When we compiled the abstracts that had been submitted I was impressed by the breadth of topics covered and some of the new innovations people had tried to establish in their projects.

It was a great day. All the talks were interesting and the audience engaged well, asking questions and making suggestions for how the projects could be further developed. It was good to hear how other awardees had used their grant to further their research. Esperanza Perucha told us how this project had contributed to her successful application for a lectureship.

We thought long and hard during the planning about who to invite to give the keynote lecture. Their research needed to have an immediate clinical impact, as that was the focus of the grant scheme, but we also wanted someone who had career trajectory similar to that the awardees might be looking towards. We found home-grown talent in the form of Dr Alexandra Santos, who gave a fascinating talk about developing a test for peanut allergy, and provided plenty of insights into the process of moving this from research towards routine use as a clinical diagnostic tool.

All the awardees took the opportunity to network and discuss their projects during the poster session. I personally had a very interesting chat with Mano Runglall, who has experience of working with personalised assays to detect minimal residual disease, something I am looking into as a follow up from my project.

Providing consumables grants to allow early career researchers to do a project of their own devising had resulted in a set of high quality results, completed in a relatively short time period which will help this cohort of early career researchers apply for further funding. Feedback from the other awardees since the event has highlighted what opportunities the Bright Sparks funding opened up for them.

Dr Richard Woolf said: “Although the Early Career Researcher award was to investigate a focused translational question, it has also given us the broader incentive to reorganise the research infrastructure of our clinic so that now we are collecting additional longitudinal data and samples on our patients.”

Dr Joanne Tang, who presented on behalf of awardee Dr Charlotte Lee, said: “The money from the award has allowed us to use a new method of measuring graft rejection in a clinical transplant setting where no other marker exists. This will help guide us in an upcoming clinical trial in order to optimise patient care and outcomes. It has allowed us the opportunity to collaborate with clinical departments in order to ensure that our research will improve patient lives in a very real way.”

Dr Satveer Mahil said: “Informed by the new ideas generated from my Early Career Researcher award, I recently applied for a clinician scientist award. The  award has been a great springboard to further exciting research opportunities.” 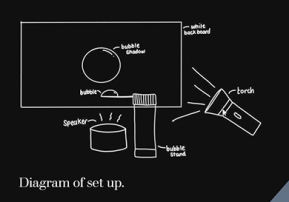 Applications now open for the Summer I ♥ Research Academy!