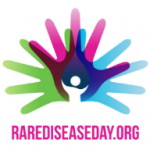 This post is part of a series of articles for Rare Disease Day exploring the work in which BRC-funded researchers are involved. You can find our other articles here.

Rare Disease Day is an international campaign which aims to raise awareness about rare diseases and their impact on patients’ lives. Currently 1 in 20 people will live with a rare disease at some point in their life. However there is no cure for the majority of these conditions and many people go undiagnosed.

This year there were 441 Rare Disease Day events in 92 countries, including displays in the Birdsong corridor at St Thomas’ hospital. The event was a perfect way to celebrate the opening of a new, purpose-built Rare Disease Centre in the hospital. It was great to engage with patients about the research into rare diseases taking place within Guy’s and St Thomas’ NHS Foundation Trust and Kings College London.

Researchers from the KiTEC – the King’s Technology Evaluation Centre – represented the BRC to present their upcoming research on Idiopathic Membranous Glomelular Nephropathy (IMN). IMN is a very rare kidney disease with an incidence of around 6-9 people per million. KiTEC are beginning a new research project as part of a Commissioning through Evaluation scheme, which allows a limited number of patients to access promising, experimental treatments that are not currently routinely available within the NHS. This research is also in collaboration with RaDaR, the National Registry of Rare Kidney Diseases. 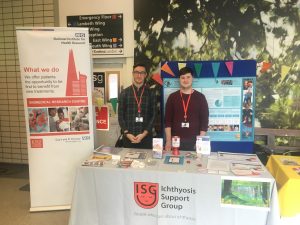 Jamie Erskine, a Health Technology Assessor from the KiTEC said “Contributing to a registry should help to recruit a large enough patient population to assess if rituximab (a biological drug currently used in auto-immune diseases) is a useful treatment for IMN. The display was a great way to engage with patients about the upcoming research and to raise awareness of rare conditions.”

The KiTEC researchers were joined by the team from the Rare Diseases Centre at St Thomas’ Hospital. Clinical staff were on hand to talk about the main areas covered by the centre – epidermolysis bullosa, xeroderma pigmentosum, Bardet-Biedl syndrome and Ichthyosis. They also invited patients and members of the public to take a tour of the new Centre which were designed in collaboration with patients and families.