RESEARCH: New heart attack test could save NHS millions of pounds every year 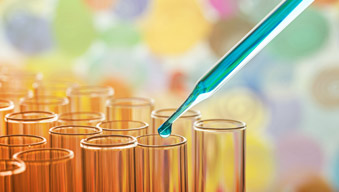 A revolutionary new blood test for detecting a heart attack could speed up diagnosis and save the NHS millions of pounds every year, according to new research funded by the British Heart Foundation (BHF).

The blood test, developed by a team from King’s College London and supported by the NIHR Biomedical Research Centre at Guy’s and St Thomas’ and King’s College London, is quicker than the standard test and can rapidly rule out a heart attack in more people. This could reassure worried patients in Accident & Emergency departments, free up space and save hundreds of thousands of pounds per UK hospital every year.

Around 1 in 10 people who attend A&E complaining of chest pain have not had a heart attack.  But all will receive two tests: a heart test called an ECG and a blood test to measure the levels of a protein called troponin.

Under current guidelines, people suspected of having a heart attack are tested for high blood troponin levels as soon as they arrive in an A& E, and again after three hours. Depending on the type of troponin test used, up to 85 per cent of people will need to remain in hospital for further tests in order to rule out a heart attack.

The new test uses similar technology to the Troponin test, but analyses the level of a protein called cardiac myosin-binding protein C (cMyC). Levels of cMyC in the blood increase more rapidly after a heart attack, and to a higher extent, than troponin, meaning that the test can rule out a heart attack in a higher proportion of patients straight away.

The international team carried out blood tests for troponin and cMyC on nearly 2000 people presenting with chest pain at hospitals in Switzerland, Italy and Spain. Compared to troponin, the cMyC test correctly excluded a heart attack in up to twice as many people.

At St Thomas’ Hospital in Central London, where the UK side of the research team are based, they carry out 7,800 heart attack tests each year. If rolled out widely, cMyC could save the hospital over £800,000 by reducing admissions and free up nearly 2,500 bed-days every year.

Dr Tom Kaier, one of the lead researchers, funded by the British Heart Foundation at St. Thomas’ Hospital, London said: “It is important for both patients and doctors to work out early who has had a heart attack and who hasn’t.

“We often see patients in hospital who have to stay for further tests as a result of a mildly abnormal blood test – this is stressful and often unnecessary.

“Our research shows that the new test has the potential to reassure many thousands more patients with a single test, improving their experience and freeing up valuable hospital beds in A&E departments and wards across the country.”

Professor Mike Marber, funded by the British Heart Foundation and head of the UK side of the research, said: “This research is the first of its kind for cMyC. We’ve shown that this test is not only just as good as the current test for working out who has had a heart attack, but it’s also much better at working out who hasn’t.

Professor Sir Nilesh Samani, Medical Director at the British Heart Foundation said: “Big heart attacks are often easy to diagnose with an ECG but smaller heart attacks, which are more common and also life-threatening, are more challenging.  The Troponin test has been used for 20 years and is currently the most powerful tool we have for diagnosing such heart attacks, but there is always room for improvement.

“Initial results with the new CMyC test look very promising for patients, who could be more quickly diagnosed and treated or reassured and sent home, and for hospitals who could save hundreds of thousands of pounds by freeing up valuable hospital beds. However further research is necessary before it can be recommended as a replacement for the troponin test.”

In 2015, the BHF launched its new Research Strategy where it pledged to fund Translational Research Grants to bring more research out of the lab for the benefit of people with heart disease. Professor Mike Marber, the lead UK scientist in this study was awarded the first of these grants to study cMyC and this pioneering research is the first result from the new strategy focus.