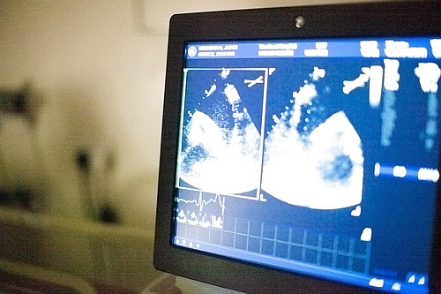 Prof. Eike Nagel, Director of the Institute of Experimental and Translational Cardiovascular Imaging at the Goethe University Frankfurt, presented the key findings of the MR-INFORM study today at the American College for Cardiology Scientific Sessions in Washington, DC, US.

Heart patients could have quick, non-invasive, magnetic resonance (MR) scans to determine if they need to have a procedure to widen a blocked or narrowed coronary artery instead of more invasive tests, new research from King’s College London shows.

The MR-INFORM study, which was supported by funds from the National Institute for Health Research (NIHR) Biomedical Research Centre at Guy’s and St Thomas’ and King’s College London, tested 918 patients from four countries and discovered that MR scans are as effective at identifying blockages or arterial narrowing as an invasive coronary angiogram.

Currently, patients admitted to hospital with chest pain undergo a series of tests to determine if they are at risk of having a heart attack or stroke. In most cases patients will undergo coronary angiogram to identify whether their arteries are narrowed and determine how severe any blockages are. This is considered the gold-standard test.

During the procedure a thin tube, called a catheter, is placed into a blood vessel in the groin, or the wrist, and guided to the area of the suspected blockage. Once it reaches its destination, iodine dye is injected into the vessel so that areas of narrowing shows more clearly in X-ray images.

Around 100,000 coronary angiograms were performed in the UK in 2014 and although this is a standard procedure, it does carry with it a small risk of complications, such as a stroke or a heart attack (estimated to be around 1 in 1,000) and also exposes the patient to very low doses of X-ray radiation.

The MR Perfusion Imaging to Guide Management of Patients with Stable Coronary Artery Disease (MR-INFORM) study randomly assigned 918 patients with stable angina to receive either a coronary angiogram or an MR scan to assess if they needed further treatment. All patients were monitored for one year and any major event, such as heart attack, an angioplasty, or death was recorded.

In both treatment groups patients did well with a very low event rate; 3.9% in the angiography guided group; and 3.3% in the MR scan guided group. This parity in event rates provides strong evidence that MR scans are as effective as angiograms at predicting the need for medical intervention.

Lead scientist on the study, Professor Eike Nagel, said: “These important results will change how we approach patients with stable angina. Until now, most of these patients were sent for an invasive angiography, which can be uncomfortable. Now, we can examine them with magnetic resonance imaging, a fast, non-invasive test, which does not require radiation. We know that we can trust the results and manage patients based on these findings.

“Another important finding is that the total number of angioplasty procedures was much smaller in the group assessed by magnetic resonance perfusion imaging. This will allow medics to shift resources from unnecessary invasive procedures to better diagnostic tools for the benefit of our patients.”

As well as being quicker and reducing exposure to radiation, researchers involved with the trial also believe it would not cost any more than the standard test.

MR-INFORM is an investigator-initiated trial. It received funding from the National Institute for Health Research Biomedical Research Centre at Guy’s and St. Thomas’ NHS Foundation Trust and King’s College London, the German Centre for Cardiovascular Research (DZHK) and an unrestricted research grant from Bayer AG, Germany, a producer of MR contrast agents.