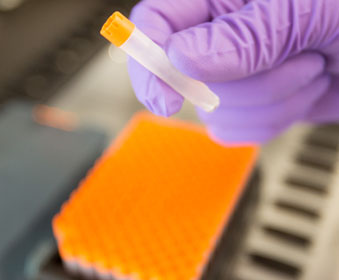 A team of researchers from King’s College London have successfully developed a method that more accurately identifies obese women, in the early stage of pregnancy, at high risk of developing gestational diabetes than is currently being used.

The research, which was published last week in the leading scientific journal PLOS ONE, was supported by the National Institute for Health Research (NIHR) Biomedical Research Centre (BRC) at Guy’s and St Thomas’ NHS Foundation Trust and King’s College London.

Dr Sara White and her team, developed the new diagnostic method by analysing data from more than 1300 obese pregnant women who had participated in the UK Better Eating and Activity Trial (UPBEAT), the largest ever clinical study in obese pregnant women, for which Guy’s and St Thomas’ was the lead trial centre.

The method involves combining a range of information about each patient such as age, disease in a previous pregnancy, higher blood pressure, skin thicknesses, waist and mid-arm circumferences and results from blood tests, to assess their chances of developing the condition.

At present, all obese pregnant women are categorised as being of equally high risk of gestational diabetes, whereas in reality only around 25% will develop the disorder. It is hoped that this new diagnostic method will enable prompt intervention and correctly target patients at highest risk of developing gestational diabetes.

According to the National Institute for Health and Care Excellence, up to 5% of expectant mothers had either pre-existing diabetes or gestational diabetes in the UK in 2015. Of women who had diabetes during pregnancy, approximately 88% (around 28,100) had gestational diabetes. In 2014, around seven million women in the UK were classified as obese.

Dr Sara White said: “There is currently no accepted strategy to identify obese women at high risk of gestational diabetes, early in pregnancy. Today, all those classified as obese are considered high risk. With escalating rates of obesity worldwide, a more accurate way of defining risk is necessary in this group.

“In this, the largest and most comprehensive study to date, we have used an extensive range of different measures to develop prediction tools. One of our models focused on a few clinical factors and biomarkers already readily available in clinical practice and which incurred minimal cost. In addition, we have identified a model that does not require blood sampling, which could be developed for low and middle income countries where the prevalence of gestational diabetes and obesity is rapidly increasing.”

Guy’s and St Thomas’ is well known for the quality of its maternity care. The Trust offers wide range of choices and services in hospital, community and home settings. Visit the Trust’s maternity pages to find out more.