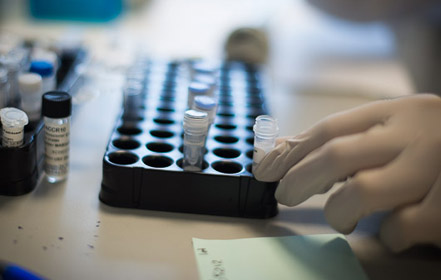 Guy’s and St Thomas’ has been awarded £7.3 million* to allow it to continue providing researchers with the state-of-the-art facilities and staff they need to conduct ground-breaking experimental medicine studies.

The funding from the National Institute for Health Research (NIHR) was awarded following a competitive bidding process. It will support the Trust’s Clinical Research Facility (CRF) for five years from April 2017 and means it can increase the volume of research undertaken across the Trust.

This new NIHR CRF award, which represents a 30% uplift on the Trust’s previous award**, comes in the wake of a £64.4million award from the NIHR for the Biomedical Research Centre at Guy’s & St Thomas’ and King’s College London for 2017-2022 and brings the combined total of money awarded by the NIHR to £71.6 million.

The NIHR said the application was ‘extremely strong’ and that the award was being made in recognition of ‘the strong breadth, depth and volume of the innovative experimental medicine research undertaken at the CRF and the high quality of the facilities’.

The Facility has four units:

“We have an ambition to become the premier academic foundation trust in the country and the CRF plays a vital role in helping us to achieve that ambition. It provides researchers from the Trust and King’s College London with world-leading facilities and expertise to support the development of new therapies which will improve the care of our patients and those further afield.”

The CRF is managed in conjunction with the NIHR Biomedical Research Centre (BRC) at Guy’s and St Thomas’ and King’s College London which has a pipeline of advanced experimental therapies, many of which are being administered to patients in the CRF.

“As Director of the BRC, I’m delighted that the achievements of the CRF have been recognised with this award. The BRC’s experimental medicine pipeline underpins the CRF’s award and their state-of-the-art facilities are essential for the researchers we support. This strategic and integrated approach between the BRC, CRF and our other research infrastructure has allowed us to provide the best possible services to our researchers and patients, and has helped us to make a tangible impact on the health and wealth of the nation.”

The NIHR CRF at Guy’s and St Thomas’ now hosts five times more phase 1 clinical trials and welcomes 82% more patients (14,000 in 2015/16) than it did in 2012. More than 95% of patients that visit the CRF recommend participation in clinical research.

The CRF provides dedicated facilities and research staff to support the NHS, universities and companies to undertake clinical research across a range of areas. The funding will help patients like Michael McAdam from Kent.

Michael is part of the ONE study, which could prevent rejection of transplanted organs without the use of long-term immunosuppressant drugs which can have serious side-effects. He was a patient at Guy’s and St Thomas’ and was one of the first people to participate in the trial. Michael said:

“When my Doctor at Guy’s and St Thomas’ invited me to participate in the ONE study my kidney was only functioning at 14% of its normal level, so I thought ‘what have I got to lose’? I was given a lot of information at every stage and I really felt it was something I should go for.

“My experience at Guy’s and St Thomas’ from pre-transplant through to participating in the ONE study at the Clinical Research Facility has been fantastic. For me participating in the trial has not only been of benefit to my health, but it has provided me the chance to give something back for all the fantastic care I’ve received. I’m not on dialysis and I feel full of energy.”

Professor Phil Chowienczyk, Director of the CRF at Guy’s and St Thomas’ said: