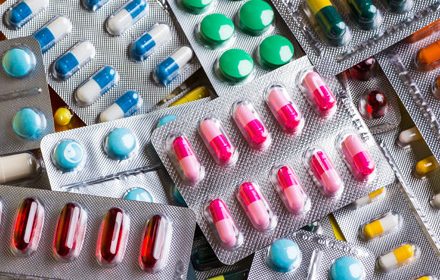 A new study, which was supported by the NIHR Biomedical Research Centre at Guy’s and St Thomas’ NHS Foundation Trust and King’s College London, has found that reducing antibiotic prescribing for respiratory tract infections – such as coughs, colds, sore throats and ear infections – is not linked to an increase in the most serious bacterial complications, such as bacterial meningitis.

The study, published in the BMJ, investigated whether reducing antibiotic prescribing for people attending their GP with respiratory tract infections could have an effect on safety.

Most respiratory tract infections are caused by viruses and will improve without treatment. Antibiotic treatment has minimal effect on the duration and severity of symptoms in these conditions, but may be associated with side-effects.

The widespread inappropriate use of antibiotics is contributing to the development of strains of bacteria that are resistant to antibiotics.

This study, funded by the NIHR and led by researchers from King’s College London, analysed patient records from 610 UK general practices, with more than four million patients, over 10 years. General practices with lower rates of antibiotic prescribing for respiratory tract infections did not have higher rates of serious bacterial complications, including: meningitis, mastoiditis (infection of the mastoid bone behind the ear), empyema (infection of the lining of the lungs), brain abscess or Lemierre’s syndrome (an infection of the jugular vein in the neck).

The research found that practices that prescribed fewer antibiotics had slightly higher rates of pneumonia and peritonsillar abscess (also known as quinsy) – a rare complication of sore throats. Both of these conditions are treatable with antibiotics once identified.

The researchers estimated that if an average-sized GP practice with 7,000 patients reduced its antibiotic prescribing to people with respiratory tract infections by 10 per cent, there could be one extra case of pneumonia each year. They also estimated that this reduced prescribing could be linked to one extra case of peritonsillar abscess every 10 years.

The authors observe that reducing antibiotic use is likely to reduce the number of people experiencing side-effects. About 10 per cent of people who take antibiotics experience common side-effects such as rashes, diarrhoea and vomiting, while rare side-effects include anaphylaxis.

Professor Martin Gulliford, lead author from the Division of Health and Social Care Research at King’s College London, said: ‘Overuse of antibiotics now may result in increasing infections by resistant bacteria in the future. Current treatment recommendations are to avoid antibiotics for self-limiting respiratory infections. Our results suggest that, if antibiotics are not taken, this should carry no increased risk of more serious complications. General practices prescribing fewer antibiotics may have slightly higher rates of pneumonia and peritonsillar abscess but even a substantial reduction in antibiotic prescribing may be associated with only a small increase in the numbers of cases observed. Both these complications can be readily treated once identified.’

The authors caution that the results represent averages across general practice populations; this study did not evaluate the outcome of prescribing decisions for individual patients.