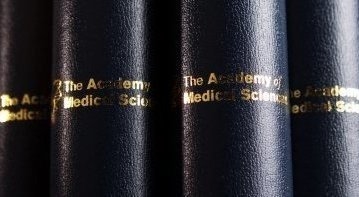 Professor Graham Lord, Director of the National Institute for Health Research Biomedical Research Centre at Guy’s and St Thomas’ and King’s College London, is one of 47 world leading UK researchers to have been elected to the prestigious Fellowship of the Academy of Medical Sciences. 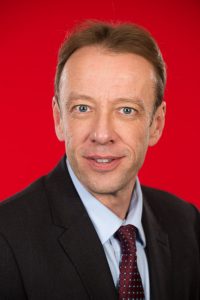 The Fellows have been elected for their contribution to medical research and healthcare, the generation of new knowledge in medical sciences and its translation into benefits to society.

He was appointed as a Consultant in Nephrology and Transplantation at the Hammersmith in 2003. From 2003-2006, funded by an MRC Clinician Scientist award, he was a visiting scientist at Harvard University and came back to the UK to become the Chair of Medicine at King’s in 2006.

He has built up a research group at King’s College London investigating fundamental immune cell biology and the translation of this knowledge to the diagnosis and treatment of patients with organ transplant rejection and autoimmune diseases. As an Honorary NHS consultant, he practices clinical nephrology with a particular interest in renal and pancreatic transplantation.

In 2007, Professor Lord was involved in devising the strategy and bid for the Biomedical Research Centre at Guy’s and St Thomas’, and was appointed as Director of the Centre on 1st April 2012.

“It is a tremendous honour to have been elected a Fellow of the Academy of Medical Sciences. I am joining a highly regarded group of researchers who are making a real difference to the lives of thousands of patients all over the world thanks to the pioneering research in which they are engaged.”

Four other King’s College London researchers have also been elected to the Fellowship, including Professor Tim Spector, who leads Guy’s and St Thomas’ NIHR BioResource.

Tim Spector is a Professor of Genetic Epidemiology and Director of the TwinsUK Registry at King’s College, London.

He trained originally in rheumatology and epidemiology. In 1992 he moved into genetic epidemiology and founded the UK Twins Registry, of 13,000 twins, which is the richest collection of genotypic and phenotypic information worldwide.

He is past President of the International Society of Twin Studies and directs the European Twin Registry Consortium (Discotwin) and collaborates with over 120 centres worldwide.

He has demonstrated the genetic basis of a wide range of common complex traits, many previously thought to be mainly due to ageing and environment. Through genetic association studies (GWAS), his group have found over 500 novel gene loci in over 50 disease areas.

He has published over 800 research articles and is ranked as being in the top 1% of the world’s most published scientists by Reuters. He held a prestigious European Research Council senior investigator award in epigenetics and is a NIHR Senior Investigator.

“These new Fellows represent the amazing diversity of talent and expertise among the UK medical research community. Through their election to the Fellowship, we recognise the outstanding contributions these individuals have made to the progress of medical science and the development of better healthcare.

Thanks to the experience and expertise of its Fellows, the Academy can play a crucial role in addressing the great medical challenges of our time, such as maintaining health in an ageing population, the spread of non-communicable diseases and multiple morbidities.

“We work with our Fellowship to create the essential connections between academia, industry and the NHS and beyond, to strengthen biomedical research and facilitate its translation into benefits for society.

“We are delighted to welcome this year’s new Fellows to the Academy and I look forward to working with them all in the future.”

The new Fellows will be formally admitted to the Academy at a ceremony on the 29th June 2016.