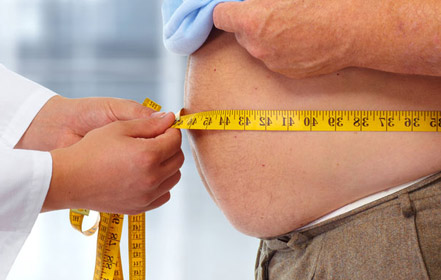 Researchers are being sought to play their part in the battle against rising UK obesity by the National Institute for Health Research (NIHR).

The NIHR will officially issue a call later this month for new research into obesity, which aims to evaluate current methods of treating and preventing the condition in adults and children.

Among various areas of focus set out in the call are type 2 diabetes and ways of increasing levels of exercise.

It comes at the end of a year in which significant progress has been made via the BRC in gaining a clearer understanding of the causes and scale of obesity in the UK.

Research published in January and supported by BRC facilities found that 37.8 per cent of boys and 36.6 per cent of girls are overweight or obese. The study, based on 20 years of electronic health records, also suggested that the annual increase of childhood obesity cases could be slowing down – although the figures offered no reason for complacency, with one in three young people estimated to be too heavy.

Report author and principal investigator at the BRC, Martin Gulliford, said at the time: “Children in their teens are very likely to become overweight or obese as adults, and from their obesity they might be at greater risk of chronic conditions such as type 2 diabetes. The concern therefore is that future generations may not be as healthy as previous generations.”

Meanwhile, another landmark obesity study backed by the BRC – and involving Professor Gulliford and lead researcher Dr Alison Fildes – was published in July.

It suggested that the chance of returning to a normal weight after becoming obese is only one in 210 for men and one in 124 for women over a year. For severe obesity, shedding excess weight in a year is even more unlikely, the study found.

With over 60 per cent of UK adults either overweight or obese and more than 2.7 million people diagnosed with type 2 diabetes, the economic and healthcare burden of obesity on the UK is increasing.

In January the NIHR will hold a workshop informing the research community about funding opportunities presented by its upcoming themed call.

Experts will be on hand to advise on funding routes and developing and submitting an application. See www.themedcalls.nihr.ac.uk for more details.