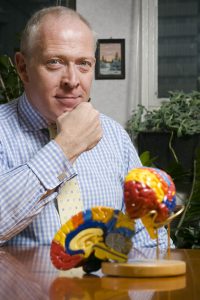 We are delighted to announce that Professor Charles Wolfe OBE has agreed to head up the interim arrangements for our NIHR BRC at Guy’s and St Thomas’ and King’s College London, following the announcement earlier this year that Professor Graham Lord, the current BRC Director, will step down from his role in February 2019. Professor Lord will join the University of Manchester as Vice-President and Dean of the Faculty of Biology, Medicine and Health.

Interim scientific leadership of the BRC will be provided by Professors Mark Peakman, John McGrath and Phil Chowienczyk, in their roles as BRC Cluster Leads and the NIHR Clinical Research Facility Director respectively, while the interim arrangements remain in place.

Commenting on the interim arrangements Professor Graham Lord said: “I am delighted that Charles has agreed to lead the interim arrangements for the BRC supported by Kate, Ann Marie, John, Mark and Phil.  I am confident that these plans will enable the BRC to maintain its upward trajectory of delivery on its research agenda while my substantive successor is being identified.”

The work of our BRC will continue as normal and will be unaffected by the interim arrangements. The search for a permanent appointment to the BRC Director role has begun, and will coincide with the appointment to Professor Lord’s academic post at King’s College London. The BRC Directorship post will remain accountable to Guy’s and St Thomas’, and we will be working closely with colleagues at King’s throughout the recruitment process.